Imfootball has collaborated with the Foundation of the Royal Spanish Football Association (FRFEF) in the coordination of a training stay for English football coaches in Madrid.

This training action was promoted by the League Football Education (LFE), from United Kingdom, within the framework of the European Education Programme ERASMUS +, financial supporter of the project.

A group of young coaches from these clubs visited Madrid from the 12th to the 18th February 2017 to learn in situ different perspectives of the Spanish football: grassroots football in the clubs in Madrid, the training system for coaches at the national centre (Escuela Nacional) of the Royal Spanish Football Association, the policies and strategies of the Spanish football players association (Asociación de Futbolistas Españoles), entre otras.

The clubs in Madrid Real Madrid, Atlético de Madrid, Getafe, Rayo Vallecano and Alcorcón offered to the group of coaches an insight of how grassroots football and the different academies are managed. Also, they showed the coaches their facilities and exchanged ideas and expertise about both football models, Spanish and British.

The program of activities offered the possibility to participate in the workshop “The Coaches role in the Personal Development of Youth Players” presented by Chris McCready. This event was an extraordinary activity part of the Master in Football that is taught in the RFEF, and which many coaches and football professionals were able to attend.

And, of course, we could not miss what we love the most: live football. The group of coaches were able to attend two great matches, one of the Spanish League between Atlético de Madrid and Celta de Vigo, and another of the Champions League between Real Madrid and Napoli, which was very exciting for the participants, since they could experience the pure essence of the Spanish football. 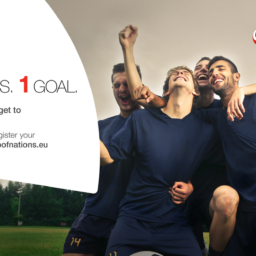 IMOVING FOOTBALL ORGANISES THE 2017 MONEYGRAM CUP OF NATIONS IN MADRID

Imovingfootball has reached an agreement with ZA: MEDIA, the official coordinator of MoneyGram in Europe, to organise the 2017 MoneyGrand Cup of Nations in Madrid the next summer. U17 grassroots football teams from all over Europe will participate in this international tournament, and the final will be held in the city of Warsaw during the month of August.